It’s been awhile since I’ve updated, but we’ve been anything but quiet!  Over the past few months, we’ve been going through the process of a domestic infant adoption, and today was our home visit!  As of now, we are in the waiting process for a placement, and it could happen any time!

Read more about it on my other site: Chancing a Dream! 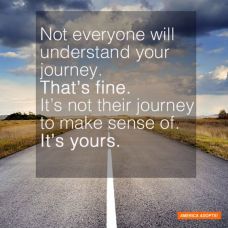 It’s been a month, but what a month it has been.  J and I have been planning out our cruise, and getting stuff done with work.  I’ve been traveling for work a bit, and right now I’m sitting at our offices in Wisconsin.  It’s been insanely busy, but not too stressful (which is good…normally busy = stressed in my life), and overall I’m just plugging along.

However, there have been some major changes going on!  After our failed IVF last year, we had intended on doing another cycle in February.  Then, we booked a cruise, that had us going to the Caribbean, and with the Zika virus outbreak and scare going on, we weren’t comfortable trying to get pregnant prior to going into a potential hot bed for the virus.  So, we decided to push off IVF until after we returned from the cruise, since my meds weren’t going to expire any time soon.

And that was all good and well.  I mean, it wasn’t ideal or anything, but we would have handled it.  But honestly, ever since our failed IVF, I haven’t really felt very confident in this next round working.  And, while my IVF cycle was VERY easy (I didn’t have a lot of problems with the meds or the procedure), I wasn’t really keen on putting my body through all that again for little to no payout.  J and I started talking about options, and he opened up that he wasn’t overly confident in the next IVF round working as well, so we decided to just not go forward with it.  With both of us feeling defeated before we even began, it didn’t make much sense to throw so much time and money at the issue, not to mention medical procedures that have a level of risk involved.

Which left us with a few different options.  We considered embryo adoption for a short while, but decided that we weren’t really interested in going down that path.  I am not really tied to the idea of being pregnant, only in being a mother, so at the end of the day I’d be fine skipping pregnancy altogether.  Once we discussed that, the decision was pretty clear…we were moving on to adoption!

And, with that…here we are.  We’ve started the home study process with our chosen adoption agency, and are in the midst of gathering mountains of paperwork.  Luckily, it’s all pretty easy to compile, except for our background checks from when we lived in the Netherlands.  That’s requiring a bit more finagling than I initially realized, but thankfully we have good friends who are Dutch and have been helping us out.  We’re very excited to be moving forward down this path, and can’t wait to bring home a baby!!  It feels right, which only adds to the excitement of it all.  Hopefully, the process will move smoothly and we’ll be growing our family shortly!

My Travel Blog - Nutella and Dreams